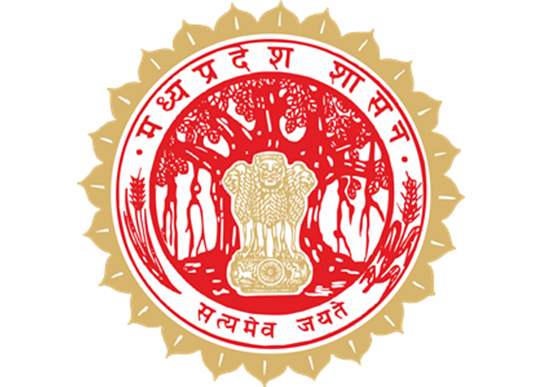 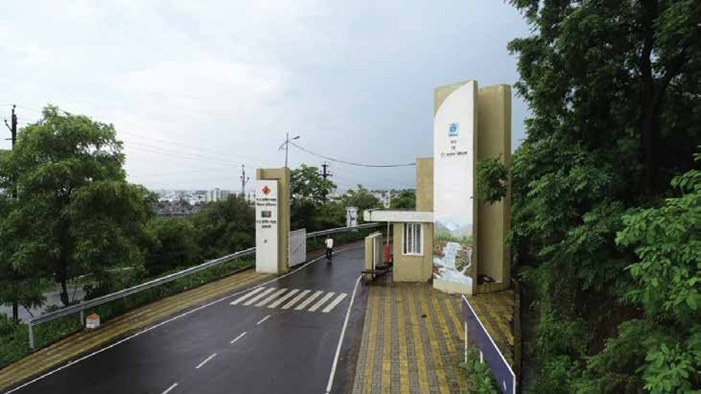 Healthy life can only be achieved, if we live in a healthy environment and in the forthcoming years environment conservation and management will be the biggest challenge before human beings.
M.P. Water and Land Management Institute (WALMI) is continuouslyClean WALMI, Green WALMI making efforts for environment conservation by way of training, action research, advisory services, consultancy etc. Recently the Institute has made a new theme "Clean WALMI – Green WALMI" with the objective to motivate and generate awareness in its employees towards environmental security and cleanliness. By doing so the employees of the Institute are not only keeping the institute premises clean and environment friendly, but the trainee officers coming to the institute for training purpose see and learn such techniques and they in turn then act as Environment Ambassadors and extend the techniques in their respective areas.

WALMI, Bhopal is a premier training institute of the state for providing trainings in the field of Natural Resources Managements (NRM) and Rural Development. It is also executing Action Research, providing consultancy services and extending related technologies to grass root levels. The Institute is spread over an area of 89 hectares in which infrastructural facilities have been developed to carry out its activities successfully. In order to cater the training needs of the officers and field functionaries of various client departments of the state, well equipped training halls, hostels, dormitories, mess facilities, sports etc. have been developed in the premises and to make the institute's training programmes more practical oriented and meaningful, a demonstration farm is developed in 30 hectares area in which various soil and water conservation and management technologies, different methods of irrigation to increase water use efficiency (WUE) plantation technologies, organic farming etc. are demonstrated. Land Use Planning of the farm for forestry, pastures, horticulture development, field crops etc. is based on its Land Capability Classes.
In consequence to various human resource development activities in the Institute, some problems related to environment pollution and cleanliness also emerged out, which were analyzed by the Institute and to overcome such problems the concept of "Clean WALMI-Green WALMI" was developed and worked upon. On one hand due to increased number of training programmes (Around 30,000 trainee days per year) the quantity of kitchen waste and other wastes obtained from hostels increased considerably, which was in addition to the waste obtained from staff quarters and office. Similarly grasses, weeds etc. obtained from the open area of the institute premises and farm land after weeding operations was also creating problems. Poor unscientific management of these waste materials was making the atmosphere dirty and was polluting the micro environment of the area. On the other hand increased plantation activities on farm land and other areas were demanding heavy nutrient supply and irrigation water for survival. In order to cope up with these problems, the institute worked on the strategy of "Clean WALMI – Green WALMI". Scientific Disposal and Utilization of Waste Material:
The quantity of organic waste generated from different units of the Institute was estimated and its types were analyzed and then according to the type of the waste material, suitable techniques were adopted for its disposal.

Kitchen waste obtained from Mess :
Around 30,000 trainees come to the Institute annually and use dining facilities in the Mess, as a result, lot of organic waste in the form of peels of fruits and vegetables, food remains etc. is generated. This organic waste in converted to compost by 3 methods of composting.
• Cage Vermin Compost :
Peels of fruits and vegetables and saltless organic waste materials are converted to vermi compost in portable cages. Eisenia foeteda species of earth worms is used for making vermi compost.
• 4 Pit Cyclic Method :
The quantity of organic waste generated from the Mess varies day to day depending upon the number of participants attending different training programmes in the institute. Such organic waste material is converted to compost by using 4 Pit Cyclic Method, in which 4 equal sized pits are made by using bricks and cement and the partioning between the pits is kept perforated. Organic waste received on daily basis is filled first in one pit containing earthworms, cow dung and soil. This operation is continued till that pit is filled completely. Then second, third and fourth pits are filled in the same way. By the time fourth pit is filled completely, vermi-compost gets ready to use in the first pit, which is then emptied and refilling of first pit by organic waste starts. In this way utilization of organic waste for making compost is being done on continuous basis.
• Nadep Method :
The dry organic waste obtained from the Mess, salty organic waste, weeds and grasses obtained from weeding operations etc. are converted to compost by using Nadep Method of composting. A Nadep unit has been constructed in the hostel premises. Two tonnes of compost is produced every 4 months using Nadep method of composting.
• Compost Making Machine
A Compost making machine is installed in Bhoj Parisar-1 on 4th June 2018 by which dry organic waste obtained from farm land and open areas of Institute premises as weeds, grasses, leaves, pruning of trees, other intercultural operations is converted into compost. The operation and maintenance of the machine, and storage, distribution and marketing of compost obtained from the machine is done by the maintenance cell of the Institute. In order to transport the waste material from various places of institute's premises to Bhoj Parisar–1, two hand trolleys have been procured. Segregation of waste material as organic and inorganic waste, salty and non-salty organic waste, farm litter etc. is done by a cleaning agency and then as per the methods recommended, waste material is sent to different compost making units. The compost making machine is operated once in 3 days and compost obtained from the machine is packed in 20 kg and 2 kg bags for sale and distribution. Waste received from the residential complex is returned to the respective residence in the form of compost in 2 kg packings. Till now around 300 kg compost has been used in plantation work of the Institute. The compost made from the machine can be purchased by the staff members/other outsiders `@ Rs. 15/- per kg by depositing the amount in Account Section. A sale register is maintained in the maintenance cell in which details of the amount of compost obtained, sale records etc. are entered. Any resident from staff campus of Institute, can also avail the facility of machine and convert the organic waste, brought by him, to compost and use it in his/her kitchen garden. Two staff members are trained to operate and use the machine. As a result of this waste management strategy the organic waste of the campus is managed scientifically and not only the pollution from this waste has been reduced completely, but the nutrient requirement of the trees/ crops of the campus has been fulfilled successfully. The Institute is presently working on the concept of chemical free cultivation.
• E-Auction of non useful material :
The non useful materials like broken wooden furniture, revolving chairs, plastic chairs, plastic mugs, buckets, defunct water coolers, geysers, tyre-tubes, mess material and old mattresses etc. were collected from various faculties and sections and e-auction was made. An amount of Rs. 7.55 lacs was obtained from the auction. By doing so the institute not only earned money but as these non useful materials were occupying various quarters and other spaces in Bhoj Parisar, were emptied and now used for actual purposes.

Cleanliness Awards:
With the objective to encourage the officers and staff of the Institute towards cleanliness, various types of awards have been announced and given to them:
1. Self-cleanliness award: It is given on the basis of cleanliness of self, his/her life style, presentation etc.
3. Team's Cleanliness Award: Based on the cleanliness of whole faculty, Benefits to the Institute:
The organic waste which was being produced in the Institute and causing pollution and dirty atmosphere and had become a serious problem is now being utilized as a nutrient resource. 6 quintals of vermi compost and 3 quintals of compost produced from compost making machine has been utilized till now. Also the compost obtained from various methods is being packed in different size packets and being sold.
Benefits to residents / employees:
The residents of the staff colony bring the organic wastes of their houses to compost making machine, get it converted to compost and use this high quality compost in their kitchen gardens. The expenditures on buying high cost inorganically produced vegetables/ fruits have also been reduced considerably.
Benefits to Environment:
If other Institutes like WALMI plan a strategy in a similar way i.e. quantify the organic waste generated in their campuses, convert them into compost and use it as a nutrient source, then not only organic waste will be a resource but it will be a very effective step towards environmental security.